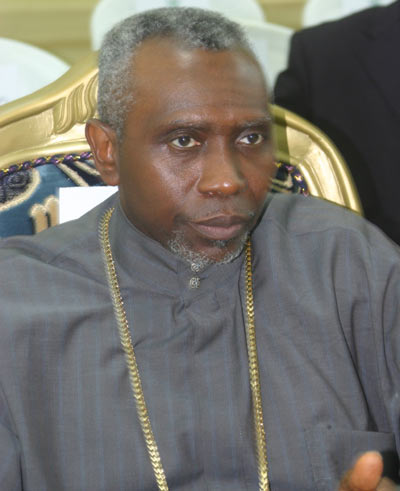 The   Christian Association of Nigeria  on Thursday  cried out over Boko Haram’s rejection of amnesty by the Federal Government, saying it was a further proof of the sect’s intention on Islamising the country.

Speaking through its President, Pastor Ayo Oritsejafor, CAN challenged northern leaders seeking amnesty for Boko Haram members to bring Sheik Ibrahim Shekau to a dialogue table with  the government.

Information Nigeria reports that Shekau, who is the sect’s leader, had in a recorded audio message in Hausa, rejected the proposed amnesty saying, “Surprisingly, the Nigerian government is talking about granting amnesty. What wrong have we done? On the contrary, it is we that should grant you (Federal Government) (a) pardon.”

But  Oritsejafor in his reaction said, “The menace of Boko Haram is primarily a religious issue. They believe they have a mandate from Allah to Islamise Nigeria. When I talk like this, it’s not because I hate Muslims.

“In fact, those who say they are good Muslim leaders should be worried  because Boko Haram members are the people who give Islam a bad name.”

Stating that the sect is based on ideology,  he  added,  “They (Boko Haram members) do not see  anything good in what government is saying. I am therefore not surprised at what Shekau just said.

“In my opinion, he is even a more principled man than most of these Boko Haram members because most of them are just jumping on the bandwagon and thinking that by saying this, Nigerians will see them as  people who love Nigeria, but it’s not true.

“We have said it before, to whom do government want  to give amnesty? Where is the prison and where are the people?  I understand Shekau said it’s Boko Haram that should give the Federal Government amnesty. So, where do we go from here?”

Oritsejafor said rather than pursuing amnesty for the group, the Federal Government should concentrate on the victims of its  violence.

“The government should find ways to stop  people from being killed and they should find ways to compensate the people and do something to help the  widows and orphans. As we speak, the killing is still going on every day in Borno, Yobe and some  other states in the North.”

Advising that  “people should stop comparing Boko Haram with  Niger Delta militants,” the cleric noted that the late  President Umaru   Yar’ Adua did not go  to the Niger Delta to look for the “boys.”

“He (Yar’Adua) gave President Goodluck Jonathan who was then his deputy  an  order to go to  the creeks. He (Jonathan) was able to identify the boys and they were taken to Yar’ Adua. So these Northern elders should look for Shekau and his people and negotiate with them.”