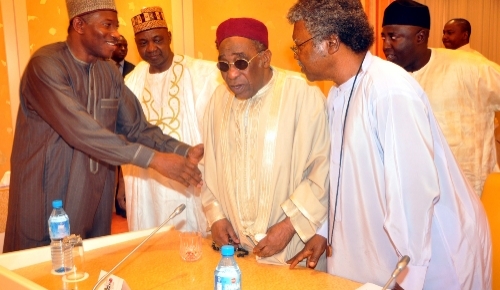 Special Adviser to the President on Niger Delta and Chairman, Presidential Amnesty Programme, Honourable Kingsley Kuku, weekend, tied the fruitful resolution of the challenge posed by the activities of the militant Islamist sect, Boko Haram, to the involvement of political, traditional, intellectual and religious leaders in northern Nigeria in the peace process initiated by the Federal Government.

Kuku, who was a guest speaker at the Woodrow Wilson Centre in Washington DC, said that with the setting up and inauguration of the Committee on Dialogue and Peaceful Resolution of Security Challenges in the North, President Goodluck Jonathan had shown his administration’s commitment to the restoration of peace, safety and security in the northern part of the country.

He, however, warned that the president’s genuine intentions might become futile if known and respected leaders in the North continued to remain aloof.

“President Jonathan has shown good faith. He has shown leadership and he has shown commitment. He truly wants every part of Nigeria to be in peace. However, respected leaders in the North must help Nigeria; they must help our president; they must get involved in the peace process. They must help rein in the leaders of the Boko Haram sect. These northern leaders know several of these persons, and they have to help bring them to the negotiating table. This is how this crisis can be solved,” Kuku said.

The presidential aide was also full of praise for those who accepted their nomination to serve in the committee constituted by the government, noting that it was a crucial national assignment for which his office was willing and open to share its knowledge and experience with members of the committee on how to resolve the protracted crisis.