Senior special assistant to the president on publicity, Dr. Doyin Okupe has denied reports that he made insulting remarks on Muslims in a recent television interview. 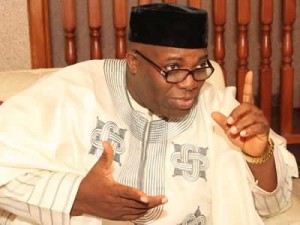 Okupe in statement said he never made the statement being attributed to him either during the interview or in any other place.
“My attention has been drawn to a statement purportedly made by me on an interview programme aired on a Lagos Television station (TV CONTINENTAL) on Sunday 7th April, 2013 to the effect that the ‘Boko Haram sect is working according to the tenets of Islam’…one thing is certain, Boko Haram will never be able to Islamize Nigeria and cannot convert President Jonathan from Christianity to Islam,” he said.
“Let me state categorically that I, Doyin Okupe never made such a statement either on the Television Continental interview referred to by these desperate people or on any other occasion.
Advertisement