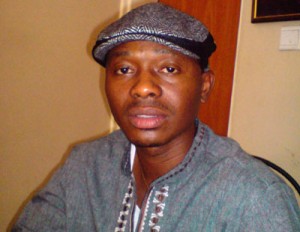 Former president of Ijaw Youth Council, IYC, Dr. Chris Ekiyor, has said that any plan by the Federal Government to grant amnesty to members of Boko Haram sect will be a fraud, warning that the people of the Niger Delta will resist any attempt to use resources from the region to fund such programme.

According to Ekiyor, it will be a baseless argument comparing the activities of the sect members with that of the Niger Delta militants, noting that the focus of the Niger Delta militants was to attract government’s attention to the degradation of their region due to oil exploration and poverty of the people, whereas Boko Haram had embarked on mass killing of Nigerians and had remained faceless.

“Beyond talking about amnesty for a group of people, who are murderers, I think that government has misplaced its priority in terms of what it is saying. Dialogue with the people? Yes. Amnesty? No.

“Amnesty is not an exit window for criminals. These are people who have murdered over 5,000 people in cold blood. When people are in the churches, they bomb the church, killing people who are equally victims of bad governance like you and I.

“Again, 80 percent of these people are not Nigerians. So if you are granting them amnesty, from where will you take the resources to reintegrate them?”

“Is it the Niger Delta resources, our oil money to integrate criminals and murderers in the North?”

“That money should be put into infrastructures across the country if the money is too much in the government coffers. They should develop Nigeria. But I have issue in taking Niger Delta people’s money to rehabilitate a bunch of elements, who are extremists in their activities.”