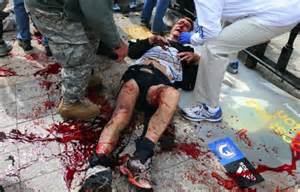 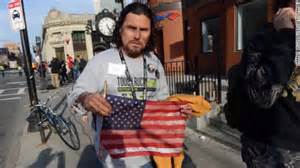 Not less than three people died and over 130  were injured in what the media has dubbed the “Boston Bombings”. Eyewitnesses described the site as akin to that of a ‘war zone.’
They said smoke filled the streets of the city after the first explosion, then not long enough the second bomb exploded with a loud boom.
Initial report identified the site of the blast to be somewhere close to the Lenox Hotel sometime before 3pm, yards from the finish line.
An eyewitness on recounting the story said: “It was a really loud explosion. It was frightening. One guy’s leg was blown off.
“Another of the injured was screaming ‘My kids, my kids. I need my kids.’
“Mothers were screaming for their children. One guy said to me ‘Did you see down there? They were dead.’”
A 35- year- old trooper from Rhode Island had just finished the race when he heard the blast.
“I started running toward the blast and there were people on the floor,” he said.
“We started grabbing tourniquets and started tying legs. A lot of people amputated…
“At least 25 to 30 people have at least on leg missing, or an ankle missing, or two legs missing.”
Some witnesses recount the discovery of shotgun pellets in their clothing, adding to the evidence of a terror attack.
The images of one of the two blasts as captured on video showed several runners tumbling to the ground as spectators felt the full force of the blast.