The Presidency has described former Head of State and presidential candidate of the Congress for Progressive Change, Maj.-Gen. Muhammadu Buhari (rtd.), as the major sponsor of the dreaded Islamic sect, Boko Haram and a leading protagonist of violence. 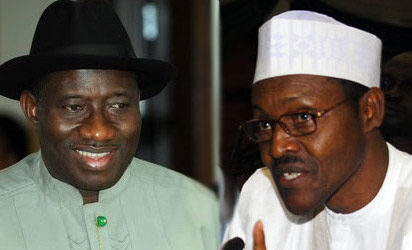 It said that apart from his ambition to rule the country again, Buhari had refused to contribute meaningfully to actions capable of ending insecurity in the country. Buhari, a National Leader of the CPC, had, on the Hausa service of the British Broadcasting Corporation on Monday, said that the Federal Government should be blamed for the lingering security challenges in the country.

According to Punch Newspaper, Buhari also flayed the Goodluck Jonathan administration for what he called “poor handling of insurgency” that had led to the death of many Nigerians and destruction of properties.

While reacting to this, the Senior Special Assistant to the President on Public Affairs, Dr. Doyin Okupe, said it was unfortunate that such a statement could emanate from Buhari. Describing Buhari as a man he respects so much, Okupe added that he had no option but to reply to his accusations against the Federal Government and the President.

He reminded Nigerians that Buhari had previously been credited with a statement that he would make the country ungovernable if the last presidential election did not favour him. Okupe said, “Everybody in this country knows that it was Buhari who vowed that if he did not win the election, he would make the country ungovernable for this President Goodluck Jonathan. It was this same Buhari who said during the electioneering period that if the votes were counted and he lost, people should go for blood.

He is not in any position to apportion blame on the issue of violence in the North or in Nigeria in general. He is a protagonist of violence. The only solution he sees to his not being President is to call for violence. This government has tried to contain some of the repercussions of the unguarded statements made by Buhari and I don’t think anybody in Nigeria will take him seriously on this allegation.”

The presidential aide added that if there were those to be blamed for the insecurity in the country, the name of Buhari should top the list. Okupe wondered why the Katsina State-born general had refused to visit states like Borno and Yobe despite the fact that he hails from the northern part of the country.

He said, “As a former Head of State, have you ever seen him (Buhari) visiting Borno or Yobe States? Have you ever seen him show sympathy to people, either Christians or Muslims that have been killed during these attacks by Boko Haram? Have you see him as a leader, a man who traversed the entire length and breadth of the North especially to canvass for votes seeking an end to the violence? Why is it that he cannot use that same clout that he has to get leaders together and say we must put an end to this carnage? He finds it comfortable to shift the blame to other people.

What has he done as a leader, who is from that region to help Nigeria and the North out of this unfortunate development? Nigerians should ask him, as a former Head of State and stakeholder in the Nigeria project and a man who wants to be President again, if he would want Nigeria to be destroyed up to a point before he can try to wade in? It does not work that way.”

Okupe said that as a leader, Buhari should stop apportioning blame, but should do something crucial to bring the carnage in the country under control.

He reminded the former military ruler that during the crisis in Niger Delta, leaders from the region went into the creeks and discussed with the militants to lay down their arms. “Has Buhari done that? When Christians were killed, he kept quiet, when mosques were bombed, he did not say anything. He doesn’t have any other interest in Nigeria but his inordinate ambition to rule,” he added.

In his reaction, Buhari said there was no way he could be involved in the discussion on how to end the carnage since he was not part of the problem. Buhari, who spoke through the National Publicity Secretary of the CPC, Mr. Rotimi Fashakin, also said it was apparent that those responsible for the crisis in the Niger Delta were the ones that volunteered to end it.

He said, “When the Niger Delta militancy reached a crescendo, some notable people from that region went into the creeks as he (Okupe) alleged. The question is: ‘Who were the people who started the Niger Delta imbroglio ab initio?’ If the people that initiated and executed a problem decided to resolve it, what can anyone do about it? This is totally different from the Boko Haram palaver.”