A 40-year old woman from Niger Republic, west Africa, Mrs Bose Saliu, has been arrested by the police for her alleged involvement in child trafficking in Lagos State, southwest Nigeria. 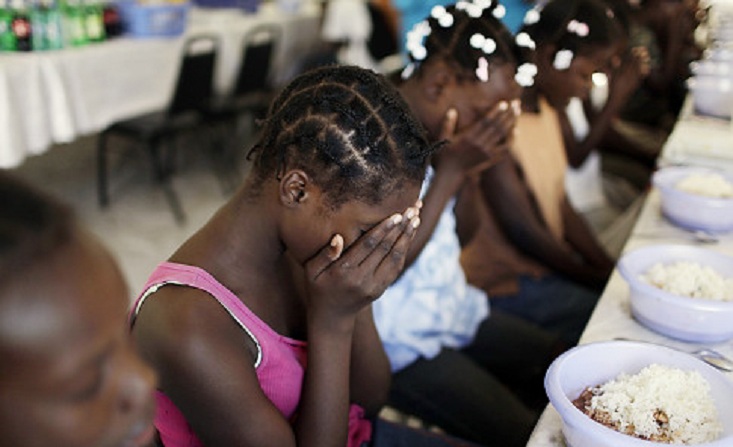 She was also charged to court for allegedly conspiring with one of the girls to steal.

It was gathered that the woman has been involved in trafficking young girls from Cotonou, the largest city in the Republic of Benin, to Lagos to work as domestic maids.

The mother of two kids was arrested after she brought a 13-year old girl called Awawu to a woman, Mrs Patience Abiodun, to work as a housemaid at Unity Zone, Jakande Estate, Ejigbo Lagos.

But after she was employed, it was alleged that the maid went into Mrs.Abiodun’s bedroom and allegedly stole N236, 000 before she fled.

Mrs Bose Saliu in court According to Mrs Abiodun, after Awawu started living with her for three weeks, she gave her access to her bedroom.

On April 16 when she left for work, Awawu allegedly ransacked her bedroom and stole her money and fled.

Abiodun said when she returned home and realised she had gone, she immediately went to where she kept her money and found it missing.

She said she contacted Mrs Saliu and told her what happened.

But Mrs. Saliu told her that she had not seen the girl and asked her to look for the maid. She, therefore, reported the case to the police at Ejigbo division, Lagos and Mrs. Saliu was arrested.

Mrs. Saliu was later charged to court with conspiracy and stealing. She pleaded not guilty to the charges.

The presiding magistrate, Mrs M. B. Folami, granted her bail in the sum of N200,000 with two sureties in like sum.

She was remanded in Kirikiri Prisons, Lagos pending when she will fulfil her bail conditions.

The matter was adjourned till 1 July, 2013. While she was being taken to prison, she said that she was looking for the girl and she had contacted the girl’s parents and they told her that she had not returned home.

She denied that she conspired with her to commit the crime, adding that the complainant was not the first person she helped get a house help for.

She also denied that she was a child trafficker.