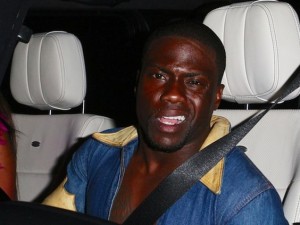 Ace comedian Kevin Hart was  arrested over the weekend for driving under the influence. The comedian was heavily drunk and attempted to drive home. He spent 2 days in jail.

He confirmed his arrest on Twitter,  at first joking about the whole incident and later warning against the dangers of driving while drinking alcohol.