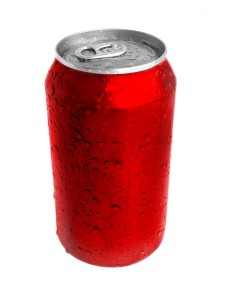 A new study out yesterday suggests that just one 12 ounce serving of a sugar-sweetened beverage can raise the risk of developing type 2 diabetes by up to 22 per cent.

Since most research on the evils of soda has looked at North American populations, researchers at the Imperial College of London wanted to see if they could establish a link between sugary drink consumption and type 2 diabetes in Europeans too.

To test their theory, the researchers combed through over 15 years of data on sugar-sweetened beverage consumption that included more than 27,000 people from seven European countries. During that time period more than 40 per cent developed type 2 diabetes, with those who said they drank at least one soda or some other sweet drink each day showing an 18 per cent higher risk of developing the disease.

This is consistent with findings from U.S. studies that find that soda drinking is associated with a 25 per cent increased diabetes risk.

Notably, even diet soda drinkers had to worry about developing diabetes. However, when body weight and exercise levels were factored in, the link disappeared. In other words, healthy-weight, exercising diet soda drinkers were no more likely to develop type two diabetes than non-soda drinkers.

Why is sipping just one small can of soda daily so damaging to health? Sweetened drinks are the largest contributor of empty calories and processed sugar in both the American and European diet according to the Centre for Science in the Public Interest. It’s been pegged as a major contributor to a variety of health issues.

“Aside from sugar, there are nine other potentially dangerous ingredients in soda, including carcinogenic (cancer causing) artificial colours and phosphoric acid, which can contribute to everything from obesity to cancer to the depletion of micronutrients essential for strong bones,” noted Jayson Calton, co-author of “Rich Food, Poor Food”, a book that explains the hidden dangers in food and beverages.

The British study is not without issues. Each country’s study center analyzed their data a little differently which might have introduced errors. It’s also what scientists call an association study, meaning the information is culled from self-reported drinking patterns – a technique that always chances inaccuracies.

However, it does seem to reinforce the clear message that sugary drinks have an unhealthy effect, not only on the waistline, but on overall health.