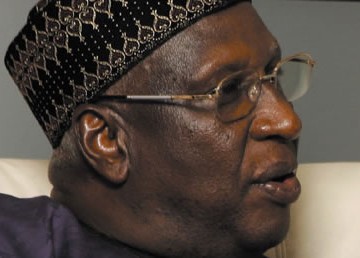 Alhaji Bamanga Tukur, Peoples Democratic Party (PDP) national chairman said the nation was under an evil attack by enemies of its unity and called for collective effort to curb the security challenges posed these enemies of progress.

Tukur who spoke against the backdrop of the Boko Haram insurgency, stated this in London at the “2013 Nigeria Arise Award,” media chat organised by BEN TV.

“Nigeria is under attack and these people attack churches, mosque, market places, schools, and even telecom facilities, it is not attributed to any part of the country, tribe or faith alone.”

“It is an evil that we must all challenge, don’t give it any other name other than evil, as a big party, I am calling on leaders of all the political parties, and this is not politics, CPC, ACN, and all other political parties to come together to fight this evil,” Tukur said.

He said the media had a key role to play in creating awareness to enable all Nigerians wake up to the challenge which was fast destabilizing the nation.

On the recent state pardon granted to Chief Diepreye Alamieyeseigha, the former Governor of Bayelsa, Tukur said: “It’s the guilty that is pardoned, not the man who did the right thing.”

“It is not the quantum of guilt, but the admittance of guilt based on self confession,” he said.

He called for the understanding of Nigerians, saying the pardon was in good faith.