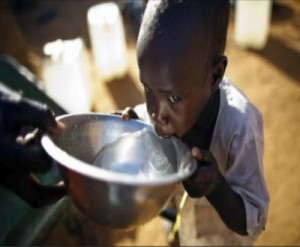 A two-day donor conference to raise support for a mulit-billion dollar project to rebuild Sudan’s Darfur region after a decade-long conflict is beginning in Doha on Sunday.

The conference was agreed under a July 2011 peace deal that Khartoum signed in the Qatari capital with an alliance of rebel splinter groups.

“Peace time has begun in Darfur. A peace that will be protected by development, not by force,” said Qatari Prime Minister Hamad Bin Jassim Al Thani, at the opening of the conference.

According to Jorg Kuhnel, team leader of the UN Development Programme in Sudan, the conference would be a unique opportunity for Sudan and Darfur to turn the destiny of the conflict-ridden region.

Speaking at the conference, Al-Tijani Sisi, head of the Regional Darfur authority, called on the international community to help rebuild Darfur and to start the recovery strategy.

Britain on Sunday pledged at least $16.5m for Darfur annually over the next three years to help communities to grow their own food and for providing skills training to help people find work.

“Our aid will help the poorest to get the help they need to stand on their own and make them better able to cope when crises occur.”

The development strategy calls for agricultural upgrades, access to financing and other measures to help Darfuris support themselves under a more effective system of local government.

Ahead of the meeting, protests against it were reported in refugee campus in Darfur, with demonstrators calling for an end to insecurity.

The Doha meeting comes 10 years after rebels rose up in the western Sudanese region to seek an end to what they said was the domination of power and wealth among the country’s Arab elites.

Qatar brokered a peace deal between a rebel faction and the Sudanese government in 2011, but major rebel groups like the Justice and Equality Movement rejected it.

The Doha peace deal was seen as a cornerstone of international efforts to end the violence, but the hundreds of thousands of refugees forced to flee say they can go home only when they are compensated for their losses.