A major system collapse at the Egbin power station has depleted the facility’s electricity production level from 900 megawatts to 479 megawatts, a top official said on Tuesday, indicating more troubles for the nation’s faltering power supply. 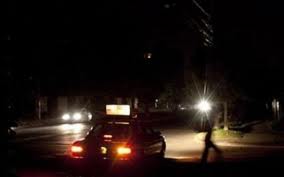 Current national generation stands at 2,868.4 megawatts, away from February’s peak value of 4, 350 megawatts. Nigeria is estimated to require over 10,000 megawatts to guarantee stable electricity across the country

The News Agency of Nigeria quotes an unnamed official of Egbin station as saying that a major failure occurred at the plant on Tuesday, reducing the plant’s output by nearly half.

It is not clear how long the problem will last, and the official gave no further detail of the nature of the failure.

“Heavy rains usually escalate the problems associated with power generation. And when there is a fault; it affects some of the lines that link all the stations, causing instability in the grid, “ Mr. Uzoigwe said.

He said a fault with one of the stations could affect the national grid due to the low number of power stations with quality production levels.

According to him, the government needs to build more power stations to bring about stability in the generation of electricity.

“When there is increase in power generation, a fault in one of the stations will not lead to collapse of our system,” he said. “That is why government wants to privatize the power sector. Privatization of the sector will give room for more people and their monies to build power stations.”

Egbin is one of Nigeria’s major power generating plants and has suffered multiple failures and sometimes, shutdown even as the nation struggles with dismal electricity generation.