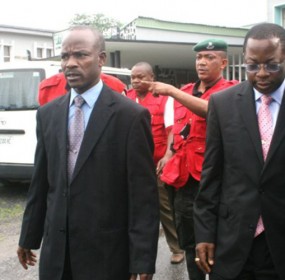 Dr Akingbola made this request in an application filed by his counsel, Mr Mike Igbokwe (SAN) and dated March 19, 2013. The former bank boss is standing trial alongside his aide, Bayo Dada, who is the General Manager of Tropics Finance Ltd. for allegedly stealing N47.1 billion belonging to Intercontinental Bank.

The application was filed by Igbokwe for Akingbola and it sought the court’s permission for Akingbola to keep a medical appointment fixed for April 15, 2013 at Harley Street Hospital in London, United Kingdom. Justice Onigbanjo adjourned the matter to April 10, 2013.