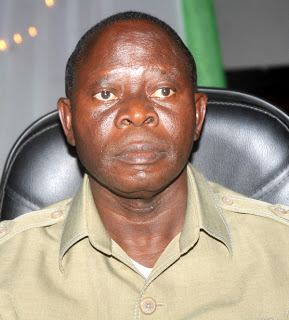 Oshiomhole, who was speaking after casting his vote at Iyamho Primary School in Iyamho, Etsako West Local Government Area, said, “You can see that I have just voted and it is peaceful.

“The local government election is like a community issue; everybody knows the other; there are no ethnic issues and religious issues.

“So, I think that seeing all these women coming to vote, two things come out: first, you can see that women are the loyal voters whether it is raining they are there.”

However, he condemned two chieftains of the Peoples Democratic Party (PDP); the Minister of Works, Mr. Mike Onolememen and the Esama of Benin Kingdom, Chief Gabriel Igbinedion for breaching the Electoral Act during elections.

It was reported that the two party chieftains stormed polling booths to intimidate voters with mobile policemen.

Speaking on the incident, the governor stated “…there are two areas where we have some concerns. First, is the report we got from Okada where Chief Igbinedion brought mobile police all the way from Abuja; more than a dozen police men, all armed.

“He was walking on the streets of Okada and they followed him all the way to Okada Police Station, where election materials were being kept. First, Chief Igbinedion did not register to vote in Okada. You can play back past election for the gubernatorial election.

“He is registered to vote in Benin City and you can check from the voting register to see that his name is in Benin City,” he stressed.