Edo State Government has advised residents in the low lands, river banks and other flood-prone areas of the state to relocate to higher grounds as preventive measure to avoid a repeat of the flood disaster of last year. 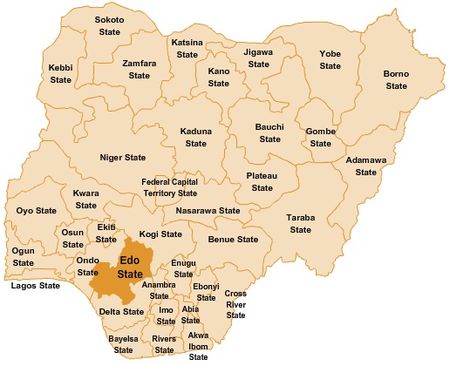 The Government in a statement by the Commissioner of Environment and Public Utilities, Prince Clem Agba, also advised residents to avoid indiscriminate waste dumping habits that end up blocking the drains.

The statement reads: “the Nigerian Metrological Agency (NIMET) in its seasonal rainfall prediction for 2013 has predicted heavy rainfall in the year and the likelihood of flooding in many states.

“Edo State has consistently recorded an increase in rainfall volume, frequency and intensity. We as a people must not underestimate the power of weather again. We must take every preventive measure to avert the repeat of the disaster of 2012.

“The good people of Edo State are hereby advised to collectively take precautions to forestall a recurrence of similar incident of flooding and its consequences in the state.”

The statement urged the people to stop “indiscriminate waste dumping habits that end up blocking the drains which can result in the breeding of mosquitoes, flies and other disease carriers that may eventually result in high prevalence of malaria, yellow fever, lassa fever and cholera.

“Ensure to de-silt the drains in front of house and remove same.

“People in low land, river banks and other flood-prone areas of the state are advised to relocate to higher grounds.

“Because of the stormy nature of the expected rainfall pattern of 2013, residents are advised to take a second look at the binding of their roofs to ensure that they are firm

“Government also hereby calls on the Power Holding Company of Nigeria (PHCN) to immediately take another look at all their distribution facilities within the state to ensure that they are firm and strong enough to withstand the expected stormy weather in 2013 in order to avoid electrocution-related but avoidable deaths.”