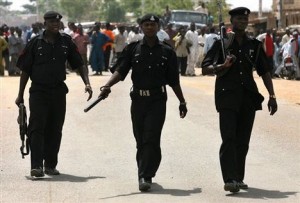 In a rather embarrassing revelation, it has been stated that some police formations are run on less than N2,000 per day. This was made known by Sen Gyang Pwajok (PDP, Plateau north).

Pwajok made this known while reacting to allegations that the force was performing below expectation. He said the inadequate funding forced officers to rely on individual monies or support from state or local governments.

The lawmaker told the News Agency of Nigeria (NAN) that the police force was so “grossly under-funded that some divisions and stations do not even get that paltry sum… In the 2013 budget, for instance, the police force has a total vote of N300 billion. Of that amount, N293 billion is for recurrent expenditure like salaries for the more than 400,000 police personnel,’’ he said.

“It is from the balance of between N8 billion that the 1,115 police divisions, 5,515 police stations and 5,000 police posts are run… Most of such formations do not even get anything at all and that is why they do not have crime diaries, stationery or even Biros… I think we have the qualified personnel to do the job, but the Nigerian system has failed the force because we do not give them what they require to excel.

“A police station is expected to source intelligence report and ensure effective communication between teams on the field and those in the offices… The station officer is also expected to get informants and fund them. He is also expected to ensure the smooth and speedy movement of men and materials from one point of need to the other. No one can do that on N2,000.”