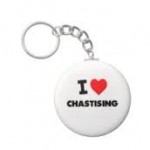 Who likes a badly behaved or an ill-mannered child? My guess is nobody does.  But does it give us the right to publicly chastise someone’s child that is displaying bad behaviour?

I mean, by doing so we step in and seize another’s authority.  Growing up within the 70’s UK within a Nigerian home,  I was regularly beaten but more commonly ‘loudly’ told off in public if I didn’t ‘greet’ or ‘kneel down to courtesy correctly to adults.’ A couple of times I was slapped or had my ear twisted, for whatever reason, by ‘friends of  my parents’ and in full view – with full consent – of my parents!  It’s said that it takes a village to raise a child: and that no man is an island etc,  therefore Nigerians rightfully believe that everyone should bring a child up.  But is it correct to include everyone taking part in chastising the child?

Normally I steer clear of reprimanding other people’s children but I would step in if I see complete disrespect or if a child is endangering themselves or others. Generally, my belief is chastising other people’s children is not a great idea.  Sometimes, within my Etiquette School some parents do have this request.  My response is to train, nurture and encourage the child rather than chastising, beating or belittling.

My reasoning is that when someone steps in and reprimands someone else’s child he or she is stealing authority, violating roles and breaking boundaries. Whether the person means to or not it is arrogant, patronising and disparaging. Their action says to the parent, “Even though I do not have the authority, you are doing such a lousy job raising your child, I am going to take over your parenting role.” The person is also likely responding unnecessarily and out of context because he or she has no idea about the mindset of the parent.

Bear in mind, stepping in and correcting another person’s child is probably ineffective even if the correction is apt. Unless the child or parent is receptive to the chastisement, your correction will likely fall on deaf ears. Additionally, the problem with correcting someone else’s child is that the rebuke could anger the parent.   That said, not my or many Nigerian parents become annoyed they tend to rejoice and repeat the beating or verbal abuse to the child for not taking home correction!  For the child, it may cause him or her to lash out at other children.

When you disciplining other people’s children over non-dangerous or damaging behaviours like very bad table manners, shirts not tucked in, not giving up a seat for an elder, or failing to say please and thank you; this oversteps boundaries and violates the number one rule of etiquette, “Never correct another person’s manners.”  It is the responsibility of the parent (school or after school club, child carer)  to correct the child’s etiquette mistakes.

My stance is it is more effective for the bystander to say, “My child has enrolled in an  interactive etiquette class and they quickly gained knowledge on many helpful skills ! I’m sure your child would love it!”