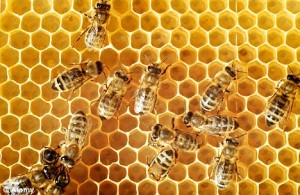 Three pesticides linked to bee deaths may face a two-year European Union ban after a majority of member countries voted in favour of a moratorium.

A key committee of experts on Monday cleared the way for the European Commission to impose a proposed ban on insecticides blamed for a sharp decline in bee populations, when 15 nations voted in favour, with eight against and four abstentions.

“I pledge to do my utmost to ensure that our bees, which are so vital to our ecosystem and contribute over 22 billion euros (about N4.5tn) annually to European agriculture, are protected,” said EU health commissioner Tonio Borg.

It would be the world’s first continent-wide ban on the chemicals. The insecticides, imidacloprid and clothianidin produced by German Bayer, and thiamethoxam, made by Switzerland’s Syngenta, are used to treat seeds, and applied to soil or sprayed on bee-attractive plants and cereals.

The ban will apply from December 1, the Commission said.

Bees account for 80 percent of plant pollination by insects, vital to global food production. Without them, many crops would be unable to bear fruit or would have to be pollinated by hand.

Although a majority of nations voted to save Europe’s bees, under the EU’s complex voting system that takes the population into account, the vote was 187 for, 125 against and 33 abstentions – short of a qualified majority but leaving the ultimate decision in the hands of the Commission.

“The decision now lies with the Commission,” Borg said. “Since our proposal is based on a number of risks to bee health identified by the European Food Safety Authority, the Commission will go ahead with its text in the coming
weeks.”

Pesticide producers Bayer of Germany and Switzerland’s Sygenta, the top player on the global agrochemicals market, have rejected claims that their products are at fault in the fall of bee numbers and say studies behind the suggested ban are based on flawed science.