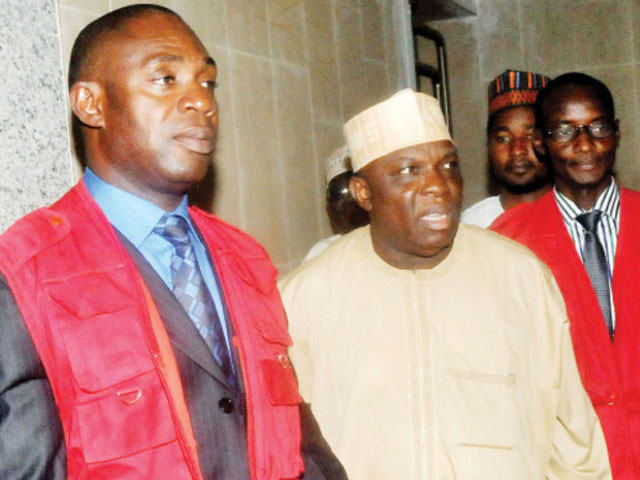 The EFCC, on May 11, 2011, had arraigned Lawal, alongside 14 others, for alleged fraudulent award of contracts, money laundering and embezzlement of funds for projects in Kogi and Nasarawa states.

Lawal is standing trial on charges of  N24.3bn contract scam.

Nwibe, during cross-examination, said an investigation carried out by the EFCC showed that N6.4bn was the actual figure received by the contractors of the N24.3bn contract sum.

He alleged that of the figure, Lawal authorised the payment of N3bn in 2009.

He said, “I do not think it is correct to say that payment of  over N4.5bn was made before 2009 when Lawal became a minister.

“We went on-the-spot assessment of the contract site and found that the extent of work was not commensurate with the amount paid.

“The work done was about 30 per cent of the sum collected. The assessment was based on our projection and according to experts.”