The residents of Karu, a satellite town of the Federal Capital Territory (FCT) who were in the mood of Easter Celebration, were thrown into pandemonium on Monday evening, when an explosion suspected to be from a waste can rocked an empty and undeveloped plot of land behind the MR. BIGGS franchise in the area. 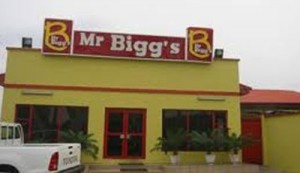 Some eye witnesses said the impact of the explosion was felt very far away from the Karu Motor Park “Round About” where it took place.The explosion, which is said to have occurred around 4.35pm rattled passers by and shattered the glass windows of nearby buildings, especially that of Karu Shopping Complex housing MR.BIGGS.