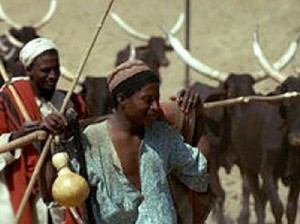 Egbe, in Yagba West Local Government Area of Kogi State was yesterday thrown into pandemonium after violence erupted following the killing of a farmer on Wednesday by alleged Fulani herdsmen.

An eyewitness, Mr. Tope Kekereawo, said the deceased, whose name was simply given as John, was killed in his farm at about 8 am, just eight days after his wedding.

According to Kekereawo who disclosed that he shared farm demarcation with the deceased, he had gone to the farm with the late John and they had a brief argument with the herdsmen they found on their farms, after which they all departed.

He said the deceased had complained about cows eating up his farm products and warned the herdsmen who were two in number to depart.

“However, five minutes after, I was working in my farm when I heard John crying for help. I rushed there only to meet him rolling in the pool of his blood. He must have been cut in the stomach as part of his bowel was exposed.”

Kekereawo said he immediately called for assistance from passers-by, and the victim was rushed to ECWA Hospital, Egbe where he was confirmed dead.

Angry youths who had since the incident initiated a manhunt for the culprits were said to have turned the heat on Hausa/Fulanis living in the community, as their manhunt yielded no fruit. The youths burnt the popular Sabo Market at Isaba area of the town, forcing the Hausa traders to scamper for safety.

Confirming the incident, Police spokesman in Kogi state, Umanu Nwaneri, said two persons had been arrested in connection with the crisis.