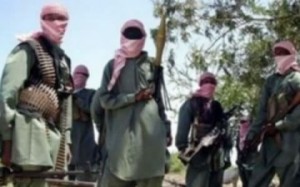 Former president, Ijaw National Congress, INC, Professor Kimse Okoko, has said that while he is not against granting Boko Haram amnesty, the Federal Government must follow due process.

He also appealed to Movement for the Emancipation of Niger Delta, MEND, not to resume hostilities in the Niger Delta region.

“Due process should be followed by Federal Government before granting Boko Haram amnesty. The sect should agree to stop violent activities.

“I don’t think it is proper to grant amnesty before following due process, otherwise victims of Boko Haram’s attacks would suffer so much pain.”

Okoko also said there was no need for former militants to go back to the creeks, as such will not be in the interest of the region and the nation in general.

He lamented the killing, weekend, of 12 policemen at Azuzuama community, Southern Ijaw Local Government Area of Bayelsa State, saying it was gruesome and uncalled for.