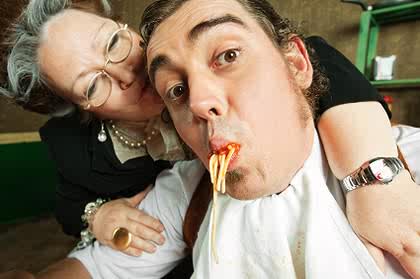 Every man has a special affection for his mother and there’s nothing wrong with that. However, some men’s lives are totally controlled by their mum. If you meet anyone like this, you should run and run fast. Here are a few signs that your man is a Mama’s boy:

3. She may play a big role in his decisions- His mom will make a lot of decisions for him or play a huge role in the decisions he does make. Your opinion will not count as much as his mother’s and she may even inhibit him from making more commitments to you. Who wants a man that doesn’t make his own decisions?

6. He won’t defend you- No matter whether or not his mom is totally wrong in the situation, he will not defend you. He will be too afraid to stand up to his mother and therefore will let her treat you however she pleases. This is by no means acceptable because he should defend whoever is right in the situation; however for a mama’s boy, his mom is always right.