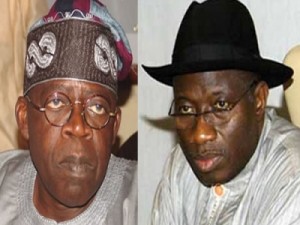 Former governor of Lagos State, Senator Bola Tinubu has praised to the heavens the leadership qualities of Edo State governor, Adams Oshiomole. Tinubu, who spoke at the 60th birthday anniversary of the Edo State governor, noted that good governance was about accountability.

According to him, it takes extraordinary leadership for democracy to exist, not to talk of deepening it. He said, “Oshiomhole is a great and shining example to all Nigerians; he has a large heart and is courageous. This is a man that if his administration does not perform, he will lead a protest against the government. He is trusted and reliable. He is a long distance person and a progressive agent… You (Oshiomhole) have invested time and energy; you started the campaign of one man, one vote.”

He said, “To deepen democracy is being popularized, but I make bold to say I was ashamed of Mr. President the day I saw him sit down to announce Peoples Democratic Party governors forum. Instead of unifying all the governors on a bipartisan line, he is busy polarising them.”