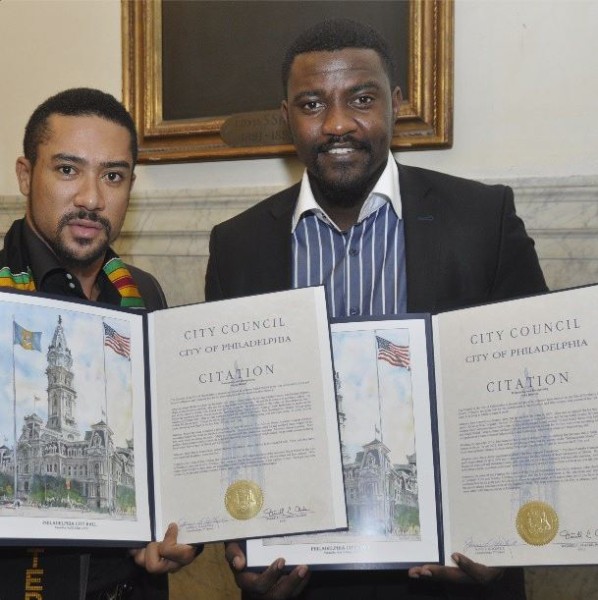 Just yesterday model and actress from Ghana, Yvonne Nelson was honoured by “GoWoman” for her film career and her charity work in glaucoma awareness.

Well, it seems Ghanaians cannot go wrong these days because she’s not the only Ghollywood superstar that is
receiving honours for a film career &
charity work.

On April 10, 2013, the city of Philadelphia, USA came out to honoured two of Ghollywood’s best – Majid Michel & John Dumelo for their exemplary work in their film careers as well as their charity work.

John Dumelo posted the above photo on his Instagram page with the caption: “History was made yesterday! Honoured by the city of Philadelphia for outstanding contribution to the African film industry and charity work. We are honoured to be honoured.”

Big Congratulations to both of them!!