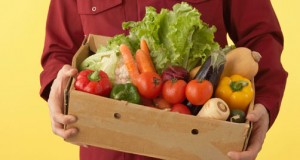 A 53-year-old grocer on Tuesday attempted suicide, alleging harassment by police in connection with a home-alone woman’s murder in Hanumantha Nagar.

Manjunath, a resident of Hanumantha Nagar, Bangalore, India owned a grocery shop, Sumukha Provisions, in Nanjappa Block, K G Nagar, near Chamarajpet. Housewife Manasa Nagaraj, 27, stayed opposite his shop and she was murdered on February 19. She was strangled when she was alone at home and was found dead by her three-year-old son who returned from pre-school in the afternoon.

He was considered a potential witness in the case and questioned. Police were working on the premise that Manjunath would have noticed the killer walking into Manasa’s house. They had also questioned Venkatesh, a milk vendor, and Phoolchand, a pawn broker who had his shop on the same road.

Manjunath tired of the incessant questions by the police consumed poison in his house when his wife Geetha was not at home. When she returned home, Geetha found her husband writhing in pain. He was rushed to KIMS Hospital where he is in ICU.

Geetha alleged that police were harassing him on the pretext of murder investigation. She said he was summoned repeatedly to the station, affecting his business. Geetha also said police abused him and coerced him to reveal the killer’s identity. They just made him sit in the station endlessly without posing any questions.

Another relative revealed that Manjunath had opened his shop only a fortnight earlier and on the ill-fated day he had closed his shop at around 1 pm.

K G Nagar police, who are probing the Manasa murder, case denied harassing Manjunath. They said the grocer was not a suspect and was never treated as one. They alleged that Manjunath was not co-operative.