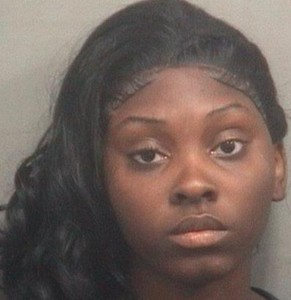 Black people, we have to do better! A fight at a popular family restaurant led to a nearby shooting in Boynton Beach, Florida.

The brawl happened at the Chuck E Cheese restaurant during a child’s birthday party Saturday, and included the arrests of at least three people, including the birthday child’s mother, on drug charges.

Two men got into it in the restroom, and minutes later, 18 men were fighting in the dining area of the restaurant, even trampling all over the birthday boy’s grandmother, a manager said.

Employees were able to steer the fight outside, at which some point, the men drove to a location on Sixth Avenue nearby to continue the fight. One man pulled out a gun and fired at a car, striking a passenger in the leg. That person’s injuries are not life-threatening.

The person who fired the gun is now on the run. Meantime, three people, including a woman who the manager said was the birthday child’s mother, was arrested in the parking lot on drug charges. According to the probable cause affidavit, Briana Walker, Robert Thompson and Alfred Peoples fled the restaurant after the fight without paying the almost $300 bill.