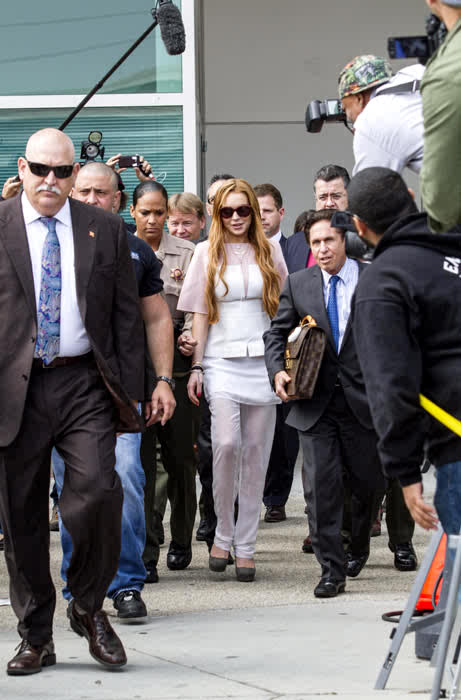 Lindsay Lohan is heading back to rehab. The troubled star is to spend 90 days in a drug rehabilitation facility for charges relating to a car crash in Los Angeles last June.

Lindsay, 26, decided to take this option and avoid the case going to trial after crashing her Porsche into a truck in Santa Monica last summer. She was on probation at the time.

During a Los Angeles Superior Court hearing, to which she showed up nearly an hour late, the actress pleaded no contest to reckless driving and lying to police. She had previously pleaded not guilty and claimed that someone else drove the car.

Another charge of obstructing an officer was dropped. As part of the deal, Lindsay also has to carry out 30 days of community service and 18 months of psychological therapy sessions.

Under the deal, she avoids a six-month jail sentence for violating her probation in a shoplifting case, as long as she doesn’t break the law again.

Judge Dabney also fined Lindsay and gave her until a court date on 2 May to enroll in a rehab programme.

The “Mean Girls” actress has been repeatedly sentenced to jail since 2007 when she was twice arrested for driving under the influence.
She has been sentenced to several short jail terms and rehab for failing to perform her community service and missing counseling sentences. In 2011, she was sentenced to four months behind bars over the theft of a $2,500 gold necklace.

In an appearance taped for “The Late Show” with David Letterman, Lohan said she looks at rehab as “a blessing and not a curse.” She said that she wants to be healthy and focus on what she loves — her work.

One can only hope that the star has finally learned her lesson and that this will be her last brush with the law.