Almost one year after Miss Cynthia Osokogu, was killed by friends she met on a social network, Facebook, her family still remembers everything about the care and love they once cherished. 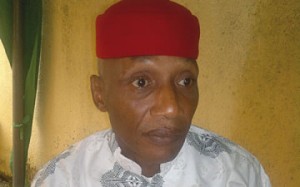 Her father, Gen. Frank Osokogu, (retd.) as a soldier is not one given to emotions, but he could not but speak fondly of his only beloved daughter who was snatched away from him in the most brutal manner. When our correspondent called at the home of the Osokogus penultimate  Monday, in Jos, Plateau State, Cynthia’s parents were not at home our correspondent was at a loss how to speak to Osokogu on phone and what his reaction would be, knowing that it could amount to reopening old wounds. He picked the phone on the first dial and having known who the caller was, said, “Oh yeah, I remember you. You spoke to me when the incident happened.” One would have thought that he would cut the conversation at that stage, but when asked how he felt the prosecution against the suspect was going.

He was frank as his name suggests. “Well I am not a lawyer, but I feel that the case is going on fine even though there was a little hiccup at the beginning. Initially it was being prosecuted at the Magistrates’ Court and there was a little delay, especially in putting up the papers, gathering all the evidence, but when case was taken to the high court, there was a change. “However, when the case was first mentioned at the high court, the judges had a conference shortly after. And there was a slight delay. All I will say is that it is at the disposition of the court. That is not my responsibility. We have done the best we can.  “The other ones are judicial process which you cannot force. Most judges adjourn for sometimes more than one month.  Don’t forget that murder cases sometimes take a long time to resolve. Even civil matters sometimes take up to three four years to resolve. When you talk of representation, I think the case is being taken at the highest level. Now it’s being handled by the Attorney General of Lagos state. “My family has two lawyers and the police also have their own lawyers. I am sure that now that it has gone to the appropriate court, the trial is going to be faster. I don’t know, I am not a lawyer, I will ask my lawyers again. May be when they see your publication, they may equally react to it.”

However getting the retired general to talk about his daughter was not easy. When asked what he missed most about his daughter, especially given the circumstances under which he died, he said, “Well these are sentimental questions and I don’t usually discuss sentiments. But definitely she was my daughter, and so I miss everything, everything  about my daughter, especially the circumstances the whole thing happened. But we have had problems, especially in winding up the business she was running before she died. But that is okay and that’s all I want to say for now.”

Cynthia was murdered on July 22, 2012 by friends who allegedly lured her to Lagos from Nasarawa State where she was undergoing a Masters degree programme and killed her at Cosmilla Hotel, Lakeview Estate, FESTAC Town, Lagos Hotel.

Four men, Okwumo Nwabufo, 33; Olisaeloka Ezike, 23, Orji Osita, 33; and Nonso Ezike, are standing trial over the incident. Nwabufo and Ezike are facing charges of conspiracy to commit murder and murder of Cynthia.

Osita, who is the pharmacist, is charged with selling Rohypnol Flunitrazepan tablets to drug the deceased while Nonso, who is Olisaeloka’s brother, is charged with being in possession Cynthia’s Blackberry Bold 5 cell-phone.