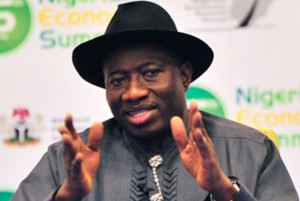 The Institute of Chartered Accountants of Nigeria (ICAN) has advised the Federal Government to merge some ministries, departments and agencies (MDAs), in order to reduce recurrent expenditure and cost of governance.

The advised came as part of the communiqué released at the end of ICAN’s symposium on 2013 Federal Government budget in Lagos. The participants at the summit lauded the tilt of the budget in favour of capital expenditure, adding, however, that there was the need for a much higher increase in percentage allocation to capital expenditure in future years. They also observed that no one had ever been blamed or sanctioned for poor budget performance in the country.

The communiqué reads in part: “Besides recommending the enforcement of laws designed to hold people accountable for their actions and/or inactions, the president should implement the contents of the performance contract he signed with his cabinet members without fear or favour.”

The participants noted that the expectations and objectives of the 2012 budget were largely unmet, especially in the areas of job creation and poverty alleviation, while urging the Federal Government to examine the factors that hindered the implementation of budget, with a view to avoiding a recurrence.

They traced the poor performance of the budget to the unscientific method of its preparation, adding that “budget preparation should be based on actual figures, to minimise wide variances.” The professionals also urged the government to include them in project monitoring and evaluation teams, in order to have value for money.