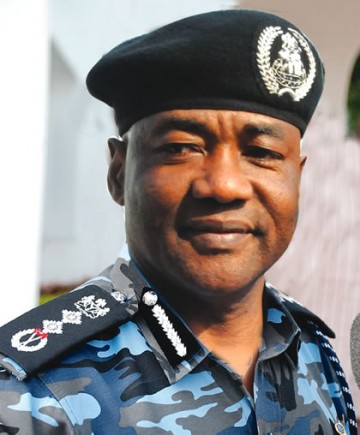 The Inspector-General of Police, Mr Mohammed Abubakar, on Friday vowed that the force would apprehend the killers of Kwara State Commissioner of Police, Mr Chinwike Asadu.

Abubakar stated this in Nsukka during the burial of Asadu who was killed by gunmen in Enugu on March 2.

Assuring those present of his determination to fish out the murderers of the CP, the IG stated that the police were working round the clock and in no distant time, will make arrests and announce the killers of Asadu.

“I assure Nigerians that the police will not rest until it fishes out killers of late Kwara State CP. The public should bear with us as in no distant time the killers will be paraded to the public,” he said.

The IG, who was represented by Mr Kachi Udorji, Deputy Inspector-General of Police (DIG), described late Asadu as a fine, dedicated, honest gentleman who served his fatherland with patriotism.

“The death of Asadu has robbed the police of a brilliant, dedicated and honest officer. It is as result of his hard work that he died in active service while serving the fatherland.

“The police will ever remember him because of his good legacies,” he said.

Abubakar said the police would assist the wife and children to ensure that they did nor face hardship.