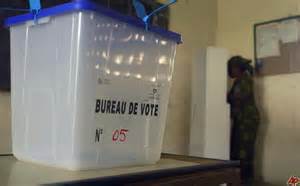 Ivory Coast’s citizens have voted for local officials in the first polls since post-election violence killed thousands of people two years ago.

Sunday’s polls, however, were boycotted by the opposition party of former President Laurent Gbagbo, highlighting the slow progress of reconciliation in the West African country said to be World’s largest cocoa producer.

Five months of violence erupted after Gbagbo refused to leave office despite having lost the November 2010 run-off vote to current President Alassane Ouattara.

Albert Koenders, special representative of Ban Ki-moon, UN secretary-general, said on Friday that the campaign period had been marred by “some regrettable incidents, including unacceptable intimidation in certain constituencies”.

A spokesman for Ouattara’s Rally of the Republicans political party also warned earlier in the week of a “rise in tension”, but voters in the commercial capital of Abidjan said this weekend that the campaign had been conducted peacefully.

Turnout appeared to be low on Sunday. In a section of Abidjan’s Yopougon district, a bastion of Gbagbo support, workers at one polling station said they had processed only 10 voters more than two hours after doors opened.

Ouattara voted with his wife at a school in Abidjan’s Cocody district just before noon.

“The local elections are an opportunity to assess and to reassess the will of the people, and to implement the policies and projects that are wanted by the people at the local level,” he said.