Superstar Janet Jackson is reportedly quitting the entertainment industry and is going to leave the country to become a Muslim. 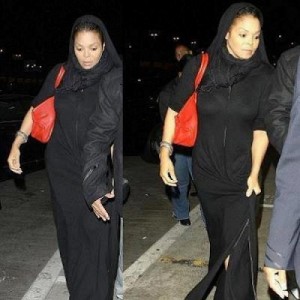 Rob Shuter tells reporters that Jackson is moving to the Middle East and is converting to Islam.

Shuter says that since she married billionaire Wissam Al Mana, she has tired of the grueling entertainment industry.

The pair got married last year in a very private ceremony, according to Shuter, and they want to live a private life away from the paparazzi.

This is Jackson’s third marriage.