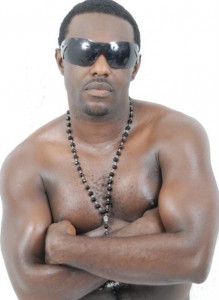 Being  a twin could be awesome right? Especially when they both look exactly identical.

Ok, relax your nerves a little, Jim Iyke doesn’t really have a twin; however he has a look-alike who passes to people as the real deal and defrauds them of their hard-earned cash.

Officials of First City Monumental Bank have announced the apprehending of a fraudster who operates under the guise of being Jim Iyke on social networking sites.

In a series of Twitter messages, the bank officials on Wednesday April 3, 2013, informed the actor and his management team, that they have tracked down the impostor, “This is to inform @jimiykeofficial @greyology that we have tracked the impostor. He confessed to getting money from unsuspecting people via d scam and has since being handed over to d Onitsha police” @myfcmb tweeted.

This comes less than a week after the actor publicly denied owning an account on Instagram, the picture sharing social site.

Mitch Ngaman, Iyke’s media manager, confirmed the story and added that efforts are in place to ascertain whether or not there is a connection between the facebook impostor and the one on Instagram.