A former Federal Capital Territory Minister, Mallam Nasir el-Rufai, on Sunday accused the Federal Government of being insensitive to the plight of the people of Baga, Borno State. 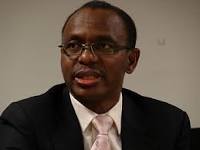 He said it was saddening that the government was busy disputing the number of people killed in a clash between members of Boko Haram and a military task force instead of alleviating their suffering. Government had said only 25 people died and not 185 reported by the media as the casualty figure in the mayhem penultimate Saturday.

Fielding questions from journalists after at the 50th birthday reception in honour of a former Minister of Education, Oby Ezekwesili, el-Rufai said God would hold those in government accountable for their actions.

He said, “It is unfortunate that we place so little values on human lives that we will be arguing whether six Nigerians have died or 185 or 200. When three people were killed in Boston, Obama left the White House to go and commiserate with the people of Boston.

Perhaps more than 200 have been killed here and our own President is still sitting in Abuja. It then shows the kind of government that we have. It is pathetic, it is disappointing and God will make them to account.” When asked to proffer solution to the Boko Haram insurgency, el-Rufai replied, “ They(government) know what to do; they should do it.

They should stop pretending that some Nigerians are not citizens; that they are not part of this country; that they should be killed without consequence.” The former minister also said he was optimistic that the All Progressive Congress would displace the Peoples Democratic Party in 2015.

“We are going to organise and entrench the APC all over the country and by God’s grace, in 2015, the ruling party will be the opposition party,” he added. But just as el-Rufai berated the government, one of our correspondents gathered that the government was working out the nature of support to be given to the people of Baga.

It was learnt that the assistance formed part of the discussion between President Goodluck Jonathan and Borno State Governor Kashim Shettima at the Presidential Villa, Abuja on Friday. The governor who briefed the President on the update of the incident, did not speak with journalists at the end of the parley. A source however said on Sunday that after listening to Shettima, Jonathan promised to mitigate the suffering of members of the community, most of whom no longer have houses.

“The President has promised Federal Government’s assistance. Although no one knows the form the promised assistance will take for now; but we are upbeat that the help will come,” he said. Meanwhile, a Defence Headquarters fact-finding team to the troubled Baga has said it found no mass graves in the community. This was contained in an electronic mail on Sunday by Director of Defence Information, Brig.-Gen. Chris Olukolade.

In the mail, Olukolade said the report by team which was led by the DHQ Chief of Training and Logistics, Maj.-Gen Lawrence Ngugbane, contradicted reports attributed to Senator Maina Lawan, that “288 people died in the Baga incident with 4,000 homes destroyed.” The Senator reportedly said that he visited three graveyards and counted 228 in which civilians were buried.

Olukolade stated also that the Chairman of Kukawa Local Government Area, told the team that he didn’t know the casualty figure as he was out of town when the incident occurred. He said, “The DHQ fact-finding team has returned to present its report to the Chief of Defence Staff on the outcome of its three-day visit to Baga following the reports on last week encounter between the Multi National Joint Task Force and Boko Haram Terrorists in the town.

“The team interacted with the commander, officers and troops of the MNJTF as well as some community leaders, the police, aid workers and residents of the town with a view of getting their perspectives on the incident.

“The team also went round the town interviewing those who participated or witnessed the encounter at the various scenes connected with the incident as it tries to verify various claims reported in the media concerning the professional conduct of the soldiers.

“In its particular concern to ascertain the claims of massive loss of lives, the team was taken to cemeteries in the town as it tried to locate the reported large number of civilian casualties were buried. It however found no mass graves after nearly two days of search.”