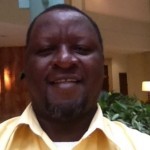 Mr. Bamigbetan was said to have been kidnapped by four gunmen on his way home after the close of work on Monday as he was about  entering his street, Ona Iwa Mimo Street, Ori-Oke, before Egbe bridge in Ejigbo, at about 11pm.