Another Islamic cleric recently made it permissible for the Islamic fighters waging a jihad in Syria—politely known as “the opposition”—to rape the nation’s women. 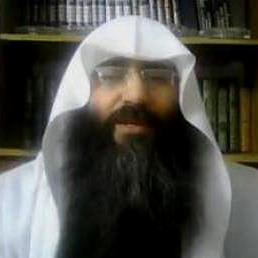 Salafi Sheikh Yasir al-‘Ajlawni, a Jordanian of origin who earlier lived in Damascus, Syria for 17 years, posted a YouTube video last week where he said he was preparing to issue a “legitimate fatwa” making it legal (in the eyes of Islam) for those Muslims fighting to topple secular president Bashar Assad and install Sharia law to “capture and have sex with” all non-Sunni women, specifically naming Assad’s own sect, the Alawites, as well as the Druze and several others, in short, all non-Sunnis and non-Muslims.

The sheikh used Islam’s legitimate Arabic term for these hapless, non-Muslim women, melk al-yamin, a phrase that appears in Islam’s sacred book, the Koran, and which is simply a reference to non-Muslim sex-slaves.

For example, Koran 4:3 commands Muslim men to “Marry such women as seem good to you, two and three and four… or what your right hands possess.”

Islam’s ulema, or “scholars,” are unanimously agreed that “what your right hands possess” is, according to Islamic law, simply a sex-slave. Linguistic evidence further suggests that she is seen more as an animal or a possession than a human—hence this inhuman fatwa.

Jordanian Sheih Yasir al-‘Ajlawni is certainly not the first cleric to legitimize the rape of infidel women in recent times. Calls to capture and rape non-Muslim women are appearing with increasing frequency from all corners of the Islamic world.

A few months earlier, Saudi preacher Muhammad al-Arifi also issued a fatwa allowing jihadi fighters to engage in “intercourse marriage” with captive Syrian women that lasts for a few hours “in order to give each fighter a turn”—also known as gang-rape.

Then there is Egyptian Sheikh Ishaq Huwaini, who once lectured on how infidel captives, or to use another term from the Koran, ghanima, the “spoils of war,” are to be distributed among the jihadis and taken to “the slave market, where slave-girls and concubines are sold.”

He, too, referred to such women as “what your right hands possess,” saying: “You go to the market and buy her, and she becomes like your legal mate—though without a contract, a guardian, or any of that stuff—and this is agreed upon by the ulema… In other words, when I want a sex-slave, I go to the market and pick whichever female I desire and buy her.”

Indeed, even some Muslim women advocate the enslavement

and rape of fellow (non-Muslim) women. Kuwaiti political activist, Salwa al-Mutairi, for instance, is working to see the institution of sex-slavery return.

In a video she posted online, she explained how she once asked Islam’s greatest authorities living in the city of Mecca, the city of Islam, about the legality of sex-slavery and how they all confirmed it to be perfectly legitimate. According to Mutairi:

“A Muslim state must first attack a Christian state—sorry, I mean any non-Muslim state—and they (the women, the future sex-slaves) must be captives of the raid. Is this forbidden?

Not at all, according to Islam, sex slaves are not at all forbidden. Quite the contrary, the rules regulating sex-slaves differ from those for free women (i.e., Muslim women).

The latter’s body must be covered entirely, except for her face and hands, whereas the sex-slave is kept naked from the bellybutton on up—she is different from the free woman, the free woman has to be married properly to her husband, but the sex-slave—he just buys her and that’s that.”

The Kuwaiti activist went on to offer concrete suggestions: “For example, in the Chechnya war, surely there are female Russian captives. So go and buy those and sell them here in Kuwait, better that than have our men engage in forbidden sexual relations. I don’t see any problem in this, no problem at all.”