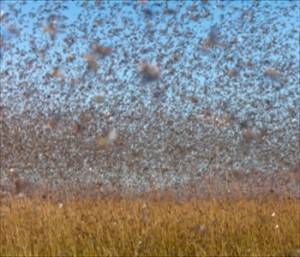 The United Nations Food and Agriculture Organisation (FAO) has called for urgent emergency funding to combat a plague of locusts in Madagascar.

Locust infestations are threatening the livelihoods of 13 million people in Madagascar, more than half the country’s population, the agency said in a statement.

The UN agency is calling for funding totalling $41.5 million to carry out a three-year emergency programme to address the crisis in the island nation.

More than $22 million is needed to launch the campaign before June this year. It’s hoped that money will prevent at least 1.5 million hectares covering two-thirds of the country from becoming infested by locusts by September, the FAO said.

If untreated, the locust infestations may wipe out food crops and grazing lands and directly affect locals’ ability to provide for themselves, FAO added.

Southwestern Madagascar has been particularly badly hit, the agency said. The region, where 80 percent of locals live below the poverty line, is prone to drought and cyclones and was badly damaged by Cyclone Haruna in February this year.

The emergency funding would allow FAO and local authorities to carry out large-scale aerial operations to treat and protect the land and also improve surveillance, control and prevention work. [IB Times]