Hon. Rotimi Makinde has promised a cash reward of N2.5 million to anyone who can give useful information that would aid investigations to unravel the mystery surrounding the killing of his brothers and three others by assailants in April 9, 2011 during National Assembly polls in Ife, Osun state. Among the deceased were a pastor and his son who were killed in a church where Makinde’s two brothers had run to for cover around 2 a.m. 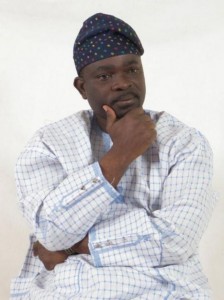 Hon. Makinde who is presently representing Ife federal constituency at the Federal House of Representatives, in an emotion laden voice at his Abuja office said he knows money cannot bring back those precious lives that were murdered in cold blood, by yet to be identified assassins, but it would be a thing of great joy for him if the killers are apprehended and brought to justice as soon as possible.

‘‘It is a painful reality that Nigeria as a nation put little or no value on human life. I also want to state that such assassinations could not be carried out by ordinary robbers on the street; it must have been thoroughly rehearsed by the powers that be in Osun State who are merely desperate for position that they will never have access to by God’s grace. The sum of N2 million will be offered to anyone who can provide useful information that can lead to the arrest of those criminals who carried out the dastardly act two years ago.’’

‘‘I was actually their target, but thankfully escaped their vicious plans. It is a big shame in our country that over the years, killers of Bola Ige, Aminasoari Dikibo, Harry Marshall, Alhaja Suliat Adedeji, Funsho Williams and many others are yet to be found let alone brought to justice. This has shown that there is a failure in the capacity to protect lives and properties against jeopardy, suffice to say the country is also bedeviled with moral deficit and to crown it all the authority lacks the capacity to govern the country. What our security agents are indirectly telling us is that crime pays; our government at the top has truly failed us, but I must commend the Governor of Osun State, His Excellency, Rauf Aregbesola for his stand on this case and his support over the years. I believe with the collaborations of all well meaning Nigerians these assailants who are still at loose, would be exposed and made to face the full weight of justice. With a breakthrough like this the country can set good precedence for the sustenance of our democracy.’’