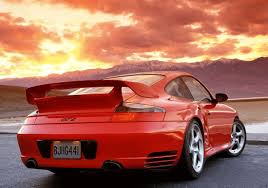 Nemeha Millen had a first date she’ll never forget: good conversation, a long walk in the park, and getting carjacked.

On her 21st birthday, the Florida woman went out with 19-year-old Donald Bernard McGee Jr., whom she told police she met after he started sending her text messages.

The two strolled through a Boynton Beach park until around 10 p.m. when the couple went to a nearby Wendy’s to wait for McGee’s brother.

But instead of stealing a kiss, McGee allegedly whipped out a gun and stole her car,according to the Florida Sun-Sentinel.

“I grabbed my purse and then he fought me for my purse with a gun,” Milien told WPBF-TV. “He pointed it at my face.”

Officers chased McGee on Interstate 95 for about eight miles until he lost control of the vehicle. He faces charges of armed carjacking, robbery with a firearm and possession of marijuana.

Milien told the station that she has no plans to date anyone else anytime soon.

It may rank as one of the least romantic dates in history, but it’s just one of many bizarre carjacking stories that have popped up in recent months.

In February, 7-month-old Ayanna Julbe went on a wild ride after her parents left her in their idling car when they went into a store. The vehicle was carjacked, but the thief abandoned the vehicle — and called police — when he realized there was a baby on board.

In January, two armed men in Orlando, Fla., attempted to carjack a Corvette, but were unable to figure out how to work the manual transmission.

And in December, John Brigham allegedly instigated multiple car crashes while driving in Scottsdale, Ariz., After the pileup, he allegedly stripped completely and carjacked a Prius.