For stealing a N50,000 Sony Ericsson phone belonging to Governor Rauf Aregbesola, a 31-year-old Kelvin Ighodalo has been sentenced to 45-year imprisonment by an Osogbo High Court.

Ighodalo stole the phone from the pocket of Aregbesola on November 27, 2010, when the governor was being inaugurated at Government Technical College, Osogbo.

He was sentenced to 10-year imprisonment for the first three counts and five years for each of the last three which included impersonation, obtaining property by falsehood and collusion. 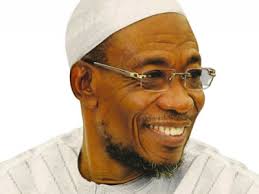 Falola, who ruled that Ighodalo deserved the jail term, held that the convict used the phone to obtain N500, 000 from the Owa of Ilesa, Oba Adekunle Aromolaran, while he obtained N200, 000 from Mr Shengen Rahman, an associate of the governor.

The jail term, which Falola pronounced will run concurrently, means that Ighodalo will spend the next 10 years behind bars.

Assistant principal state counsel, Mr Biodun Badiora, told the court that the convict had served six-year imprisonment in Ikoyi prison custody in connection with a murder case in 2005.

Counsel to Ighodalo, Mr. Ameachi Ngwu, prayed the court to commit him to community service, stressing that the convict should not be incarcerated but rather be placed where people could see him as a convict.