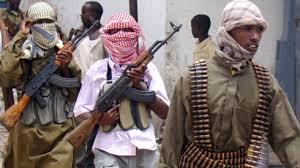 The Muslim Rights Concern (MURIC) has described threats by the Movement for the Emancipation of the Niger Delta (MEND) to commence attack on Muslims by killing their leaders, as well as bombing of mosques, as ‘a mere smoke screen’.

It will be recalled that MEND, against the backdrop of the incessant Boko Haram insurgency, recently veered off its known style of fighting for the interest of the Niger-Delta and gave the beginning of May for the beginning of a wave of attacks against Muslims and their places of worship.

MURIC, which made this known in a statement on Tuesday, described the threat as badly timed and ill-conceived, adding that “MEND does not understand the issues involved in the Boko Haram saga.

“Muslims in Nigeria have long disowned Boko Haram. We washed our hands off the atrocities committed by the group and we have been consistent in our condemnation of the attacks carried out by the group.”

The group recalled that the Sultan of Sokoto and President-General of the Nigerian Supreme Council for Islamic Affairs (NSCIA), Alhaji Muhammad Saa’d Abubakar III, had referred to the Boko Haram group as evil and called on both Christian and Muslim groups in the country to come together to fight them.