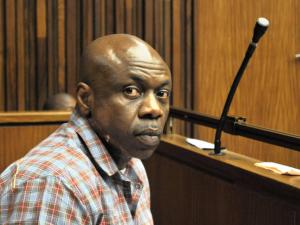 The Movement for the Emancipation of the Niger Delta (MEND) has threatened that it would commence coordinated attacks from Friday morning. This is in response to the imprisonment of Henry Okah in South Africa.

In a statement sent out to the media on Wednesday by its spokesman, Jomo Gbomo, MEND said the coming attacks, which it code-named ‘Hurricane Exodus’ would be in response to a false testimony employed in convicting Okah. According to the group, the prosecution in the case against Okah, one of its leading motivators in its campaign to secure self determination for the oil-rich but impoverished Niger Delta, had used falsehood, in the name of MEND, to secure the sentence against Okah.

The statement said that the prosecution forged a document, which it attributed to the MEND, as one of its threat statements and it was on the strength of this document that Okah was sentenced to thirteen years imprisonment. MEND, however, said it would from Friday this week commence a wave of attacks, which would be the actualisation of the threats contained in the alleged falsified document used against Okah.

The group further said that it would continue with the planned reign of terror until the Federal Government tenders an unreserved apology to the MEND and show willingness to dialogue with it: “After a careful deliberation and other considerations, with effect from 00:00hrs, Friday 05, April 2013, The Movement for the Emancipation of the Niger Delta (MEND), will commence with a plague of sustained attacks code-named ‘Hurricane Exodus’.

“Hurricane Exodus is a direct repercussion of a forged threat letter contrived by the Nigerian and South African governments purporting to have originated from MEND… This fake letter was used as evidence against Henry Okah for which a 13 years sentence was passed… To make matters worse, the prosecution’s second witness, Mr Sele Victor-Ben, exclaimed in court that the letter was fake, after failing to catch the prosecutor’s eye who wanted him to lie under oath.

“We are now determined to conjure this imaginary trumped up threat into a painful reality… The attacks will be sustained until an unreserved apology is offered to MEND and the Nigerian government shows the willingness to dialogue the same way they are willing to dialogue with Boko Haram,” the statement said.