Home National News Odd News Mother Of Two Dies After Being Shot By Her Boyfriend With A...
Facebook
Twitter
WhatsApp 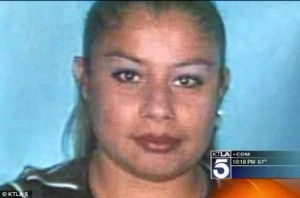 A mother in Santa Ana has died from a BB gun shot fired by her boyfriend, who said it was just an accident.

Police responded to the shooting around 11 a.m. at a home in the 1000 block of South Austin Street. That’s where they found 32-year-old Martha Socorro Marin with a small puncture wound in the upper part of her chest.

She was unconscious and transported to UCI Medical Center in Orange, where she later died. Marin’s boyfriend told police he accidentally shot her with his BB gun.

“In 30-plus years of doing this job, I’ve never heard of anyone dying from a BB gun wound,” said Santa Ana police Cpl. Anthony Bertagna. “Obviously, we’re looking to see if there’s any other types of weapons, if this was an intentional act or accidental act,” he added.

The victim’s sister, Angeli Marin, told KTLA there was no history of violence between the couple. They have been together 14 years and have two children. Police have not released the boyfriend’s name, but they said he is cooperating with authorities.

“He was detained at the scene, taken to the station,” Bertagna said. “He’s been interviewed as well as the other family members that were here at the house.”

“I was in my room, she was in her room in the back,” the victim’s sister recalled. “When we came out, she was hardly breathing… called 911.” The family said they knew the boyfriend had a BB gun, but they never knew that the weapon could be deadly.