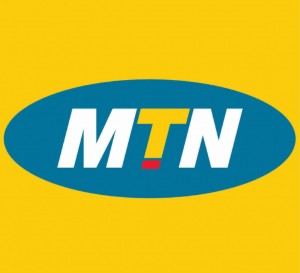 The N329.25billion facility from the local banks was arranged by a syndication of 17 banks with Zenith Bank as the lead arranger having the highest allocation of N55billion. The foreign banks included one in China, two from South Africa and others from Europe.

The deal which is expected to help MTN in further expanding, modernising and improving its network infrastructure, consists of US$1.8 billion in additional facilities and US$1.2billion in restructured existing local facility.

The reason, according to the company, was to guard against unstable foreign exchange between the dollar and naira.

Chief Executive Officer, MTN Nigeria, Mr Brett Goschen, said, “ordinarily, Naira funding is usually costly but it reduces risk. We deliberately made the bulk of the financing from local currency because we do not know what the rate of Naira to dollar will be in future. We may predict the forex between one and two years but definitely not in seven years”.

For him, the deal represented another successful landmark in the history of MTN and the banking industry.

The deal is the sixth of such strategic partnerships for MTN, including a facility of US$170 million Commercial Paper Facility secured by the company in 2002 and $395 million Medium Term Facility in 2003.

Goschen noted that “in 2007, MTN Nigeria again partnered with various local and international financial institutions to raise USD 2 billion to fund our rapidly expanding operations. It was again regarded as the largest loan syndication to any individual telecommunications company in Africa. In that year, it won the ‘African Deal of the Year’ by the EuroMoney Magazine,” he said.

He also recalled that in 2010, MTN Nigeria partnered with 15 local financial institutions and two international lenders to raise another USD 2 billion, which was described as the largest corporate financing deal in the whole of sub-Saharan Africa. This deal was awarded ‘Trade Finance Deal of the Year 2010” by the Trade Finance Magazine of the United Kingdom.

“The essence of these deals was to enable MTN to make the necessary capital investments to expand our network infrastructure and meet the growing demands of our customer base. We certainly put that financing to good use, built the most extensive telecommunications network in Africa and grew our customer base to over 50 million subscribers,” he said.

He noted that MTN currently has effective network coverage of more than 85 percent of Nigeria’s land mass and population, and nearly 100 percent coverage of most major highways in the country.

Mr. Goschen said with a relatively low mobile penetration, sound economic growth, lower cost of ownership for consumers and the insatiable demand for data services, there is still ample room for more growth in the sector.

“The restructured and additional facilities will enable us to continue with the aggressive investment in our network,” he said. He stated that the company invested $1.6 billion in 2012 and is investing over US$1.5 billion in 2013.

“Enhancing our network quality is also a key focus of the investment as we lead the delivery of a bold new digital world for our customers,” he said.

Stating his bank’s involvement in the deal, Deputy Managing Director of FCMB bank, Mr Segun Odusanya said it was his bank’s way of helping in entrenching telecom development in the country.

According to him, going by the market share that MTN has in the Nigerian telecommunications industry, it would be common sense for any bank that likes development to support them and if you check the track record of FCMB, one will easily find out that those kind of gestures interests us a lot” he added. [Vanguard]