One of the most stylish women in Nollywood, Omoni Oboli, ever so radiant and award-winning actress in an interview speaks about herself and career. 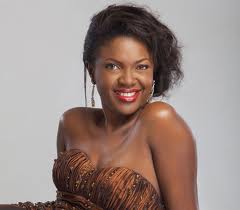 What prompted you into becoming an actress?

Shortly after I got married, I travelled to the United Kingdom, where we spent three years. I started acting during my first year in the university but then, I had to let it go in my second year because it was clashing with my academics. I intended to come back to the industry later but I got married soon after school and we travelled out of the country.

It took me about 10 years to eventually come back to the movie industry and of course, coming back was not easy, nobody remembered me from 10 years ago. I had to struggle.

How did you eventually gain recognition?

I did a couple of movies for Emem Isong, worked with Lancelot Imasuen and then for Kunle Afolayan on the ‘Figurine’ and so many other movies.

How do you separate yourself from the characters you play in movies?

If I don’t, then, there would be serious personality disorders. I have to play different characters all the time. Sometimes, some characters I interpret in movies could have some of one’s real life traits but there is no way the characters can be totally like you. It is definitely not all the time that actors get characters that mirror their real personalities.

As actors, we study people. I do that a lot; I study people wherever I go because one day, I may be asked to play a character that is just like some of the people I am studying. I also do a lot of research.

What did you study in school?

French. I know it is nothing close to acting but I have always loved acting right from when I was a little girl.

You met your husband in Nigeria?

No. He graduated before I even gained admission. We actually met on a movie set. His uncle is Obi Osotule and he had come to the set with him. We met, we just talked and I did not see him again until four years later during my final year in the university.

I like to think of myself as a home girl. I like the quiet life and love to be at home with my family. I love to cook and bake. I love my kids and I love to be around them. I miss them whenever I am out. I am an easy-going person. I love life; I don’t look down on people. I know that every woman is a star in her own right.

The whole celebrity ‘thing’ ends outside my home. When I am at home, I am my husband’s wife and my children’s mother. I have three boys and the oldest is 11years.I started motherhood early. As soon as I graduated, I got married.

How do you react when people, especially your fans, are all over you?

It is nice when you get recognition for what you do. It simply means that you are doing a good job. If you were not, you would not get that sort of recognition at all. So it feels good and I react to people the way I would want to be reacted to. I am very warm, open, friendly and very accommodating to my fans and friends.

I believe that you should treat people the way you would want to be treated. Always have a smile for everybody- it doesn’t take anything from you. There is not much to life for you to be proud and arrogant of. Try not to feel you are everything when you are nothing at the end of the day. The fact that you are on television is what makes people know you. You are just like everyone else. You have the same things, you cry like other people.

What has been your saddest experience in life?

My mother’s death. Life had only just begun for me then and I did not expect her to die at the time.

What turns you off?

I don’t like proud and arrogant people. I just can’t stand them. I just don’t think it is right for anybody to be proud because the Bible says pride goes before a fall. If you are humble, God will exalt you. You don’t need to prove that you are somebody.

What does style mean to you?

For me, style is fresh. It is classic-which means I don’t follow trends. I dress the way I like to dress and I wear what makes me happy. I don’t care what people think. I am not going to spend all the money I have on clothes because I am a celebrity when I have children to take care of.

Is this your real eye colour or you are wearing contact lens?

My eyes have been the most controversial part of my body all my life and I want to keep it that way.

I was raised in the then Delta Steel company staff quarters. Then it was fantastic but now, the company has closed shop. Since I was little girl, I have always held myself in high esteem and I never looked at myself as lower than other people. Maybe because I didn’t have as much as they had, I still looked at myself as where I wanted to be and not at the level where I was. The truth is, my parents were not rich.

I grew up in a broken home and I lived with my mother in Delta State, where I was born. She was a teacher, was not rich but she worked in a company where education was provided. We had very good education and good healthcare. We had club houses and so many other things that privileged people have.

It appeared like we had money but the actual cash was not there. Sometimes, we did not have enough food to eat but things looked well on the outside. Because of the way I held myself with esteem, even the children of the rich wanted to be like me. I did not look at myself as if they were higher than me.

They knew that I was not born abroad like them but they also knew that they could not intimidate me. I did not allow my position at that point to define who I was.