National Association of Nigerian Students has condemned the planned scrapping of the National Examination Council and the Unified Tertiary Matriculation Examination by the Federal Government.

In a statement signed by its President, Prince Miaphen, NANS said such actions were antagonistic to the development of education in the country.

“The attention of the national leadership of NANS has been drawn to a recent pronouncement by the government to cancel JAMB and NECO.

“We condemn in totality any attempt to scrap NECO, as it is the only indigenous examination body for ordinary level pupils in the country.

“NECO should rather be reformed and empowered to carry out its obligation as the only indigenous examination body in the country rather than being scrapped.

“It should be noted that other countries have up to five different examination bodies; it is not too much for Nigeria to have at least two of such bodies for O’ level.”

The students also want to know what the Federal Government plans to do with the staff of both organisations.

NANS maintains UTME should remain, but restructured and strengthened to be the sole regulatory body for entrance examinations into higher institutions in the country.

“The post-UME examination should be scrapped because it is more or less a duplication of responsibility.

“Many Nigerian youths have been facing a lot of setbacks because after passing UTME, they fail post-UME after spending so much money,” the students said. 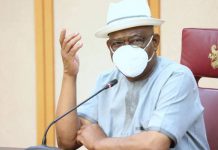