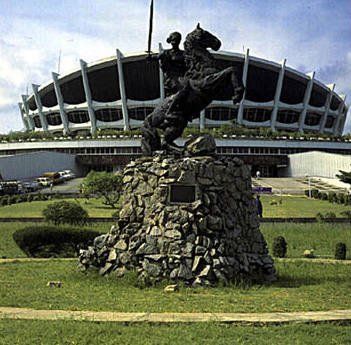 The purported plans by the Federal Government to turn the National Theatre to a five-star hotel has been debunked as false.

Minister of Tourism, Culture and National Orientation, Mr. Edem Duke, made this known yesterday following public outcry over a letter that was misinterpreted to mean the FG had concluded plans to turn the national monument into a hotel.

The minister, in his explanation said the letters sent to agencies and parastatals which have offices at the edifice were meant to inform them about the decision to implement the National Theatre Master Plan, which was originally designed to include a hotel.

Duke added that he had held meetings with the heads of the agencies and parastatals over the issue.

The minister also disclosed that the services of a technical adviser had been sought and whose name would be made public soon while the Federal Ministry of Works had been asked to provide alternative accommodation for the affected agencies.