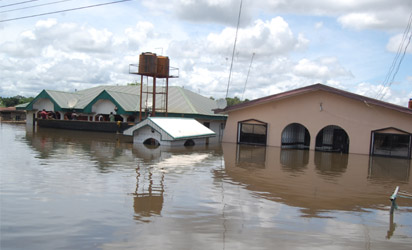 People of the Southwest region have been advised to take seriously the recent prediction by the Nigeria Meteorological Agency regarding excessive rainfall in the zone this year.

The National Emergency Management Agency (NEMA) Zonal Coordinator (South West), Mr. Iyiola Akande, said this yesterday in Abeokuta, the Ogun State capital during a “Workshop on 2013 Flood Prevention, Mitigation and Preparedness Awareness Programme” organised to address the peculiarity of the NIMET’s seasonal prediction of 2013 as it affects the Southwest states.

It would be recalled that the NIMET had recently predicted that the Southwest would this year witness perennial rainfall which might have negative effect not only on agricultural yields in the zone, but also affect the health of the people of the area.