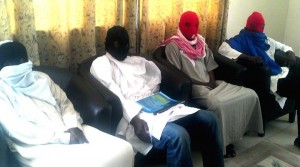 The Nigerian Bar Association (NBA) has joined those calling for consideration of amnesty programme for members of Islamic sect, Boko Haram, by the Federal Government as a way to bring about peace, which has eluded the North and gradually creeping into other parts of the country.

The chairman of Ilorin branch of the NBA, Mr Raufu Balogun, made this view known on Tuesday while speaking at the opening of the 2013 biennial continuing legal education retreat for members of the association in Ilorin. He opined that the amnesty should be granted if it would abate the wanton destruction of life and property occasioned by the sect.

His words: “Whether the Boko Haram are faceless or unknown should not constitute a stumbling block to the settlement process. We need to get the killing of innocent Nigerians behind us as soon as possible.”

Balogun said efforts of the Federal Government, through the Joint Task Force operations to curb the menace were yet to yield desired result, as he queried “why then can we not exploit other means, if it would bring a lasting peace to the region?”